The race itself then unfolded better than expected. My swim was below average. It was a non wetsuit swim and at the start of the swim I did not really felt like racing. Just at the end of the swim I felt the urge to start pushing. I exited the water in 18th position, 4min behind the leader.
NOTE: Swimming without a wetsuit still affects my swim speed massively. I notice a 10-12 sec difference per 100m. In those non-wetsuit swim races, that puts me into a really bad positition. In this race the swim cost me the overall win pretty much

BIKE
I went all in on the bike to see what my legs had left. The course was a 2 lap course with 450m of elevation. A lot of climbing over the 2 laps. I pushed really hard and was probably riding above my threshold. I noticed that I felt a bit flat but nevertheless I put out some really good numbers (watts and speed). I managed the 2nd fastest bike split that day which put me into 5th position after the ride

RUN
Started to run off above threshold. With the heat that day it started to turn into a bit of a sufferfest. Due to the heat I had to slow down as I also didn't want to risk to much damage. I had no clue that time where I was in the race, but I kept my pace until the finish where I crossed in 3rd position overall. I was quite suprised to get away with a podium. I had the 2nd fastest run split that day as well, so that was good indicator that my fitness is really good and that I can get in a strong race despite being in the middle of a big Ironman Training block.

A positive side effect was also that I didn't have any mechanical issues with my bike ;-) I think I am now on a lucky strike again :-))

The race itself didn't leave a big mark, feeling good this week already and looking forward to nail the last few weeks of training before the big showdown in Wales in September 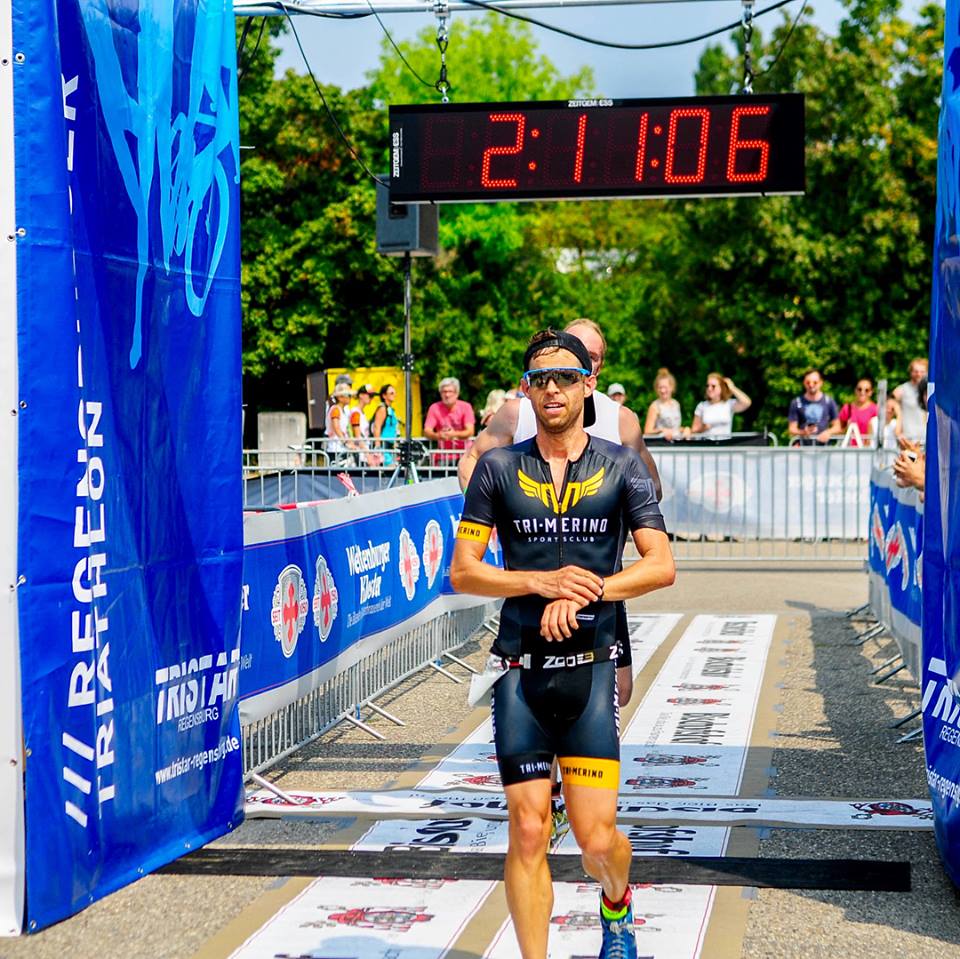